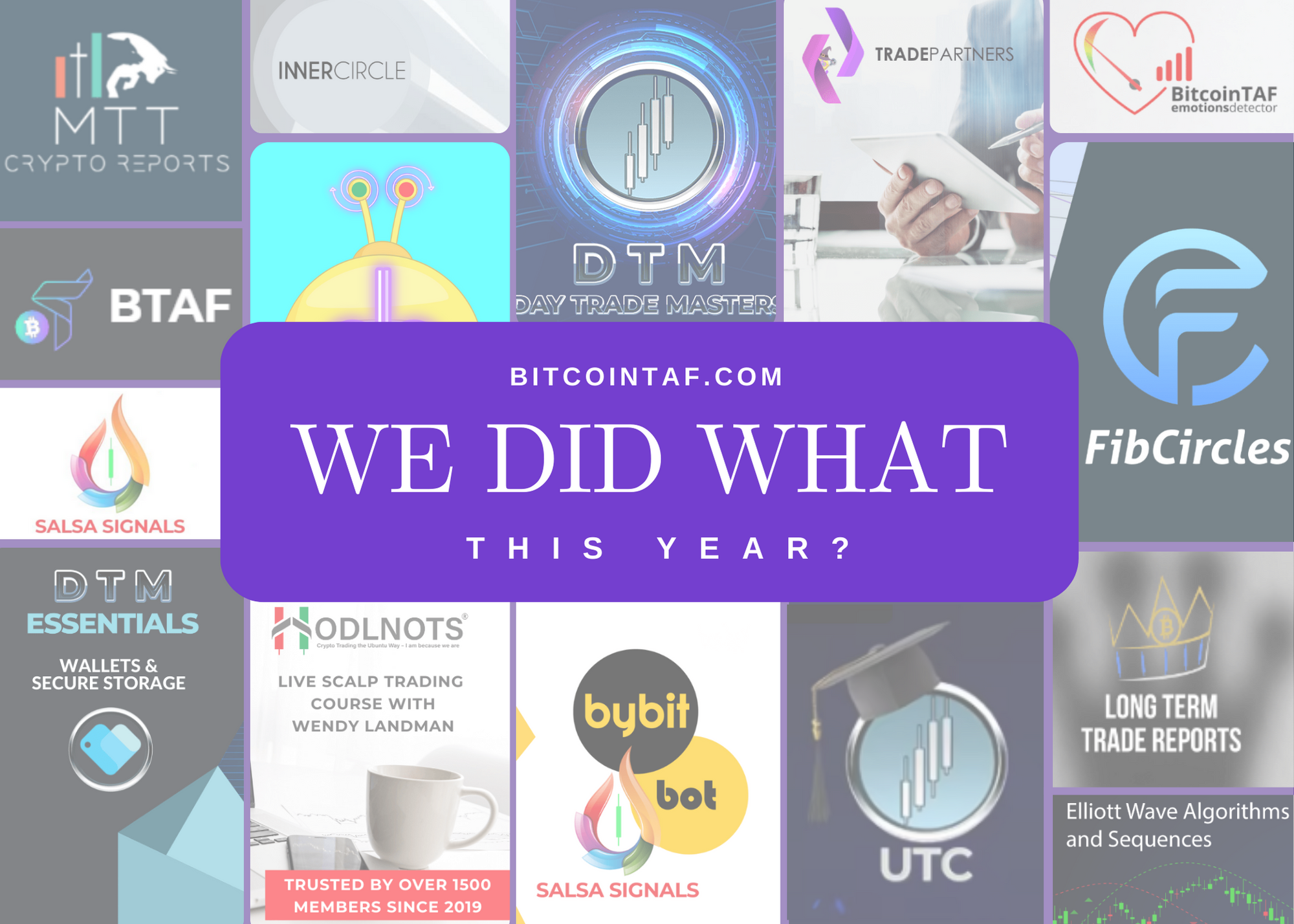 We did what this year?

In the blink of an eye, it’s already December 2022 and the time has come, once again, to reflect on the crazy year that was 2022. This year was probably one of the most challenging in crypto history – a year of contradictions where we soared to euphoric heights but also fell to soul searching and crushing lows. 2022 was a year that made millionaires but also a year when reputations were tarnished and fortunes lost.

- On 11 November 2022, FTX, the world’s 2nd largest crypto exchange filed for bankruptcy after they and FTX.US crashed due to a lack of liquidity, withdrawals from fearful investors and alleged mismanagement of funds. The price of FTX’s native token, FTT, plummeted, and took many coins down with it including Ethereum and Bitcoin. Numerous other exchanges and investors were also affected by the FTX collapse. Few people actually predicted the magnitude of this crash and that this would be just the first domino in the line that would throw the crypto space into disarray. Only time will unravel the steps that led to its demise.

- The Luna and UST Collapse – After a stellar rise, the Luna crypto network collapsed, when UST lost it’s peg to the dollar, in what was considered at the time to be the largest crypto crash ever. An estimated $60 billion was wiped out almost overnight.

- The Ethereum Merge – A good news/ bad news scenario, in September 2022, Ethereum successfully switched from Proof-of-Work to Proof-of-Stake blockchain – which slashed energy use immensely, but made miners obsolete. 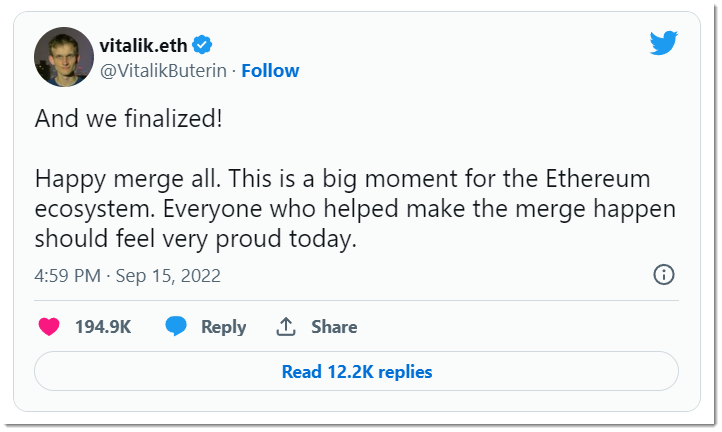 - MicroStrategy’s Bitcoin – In Sept 2022, MicroStrategy’s BTC holding topped 130,000 and despite both their initial investment and the market being down, the company has stated that it’s in it for the long run. 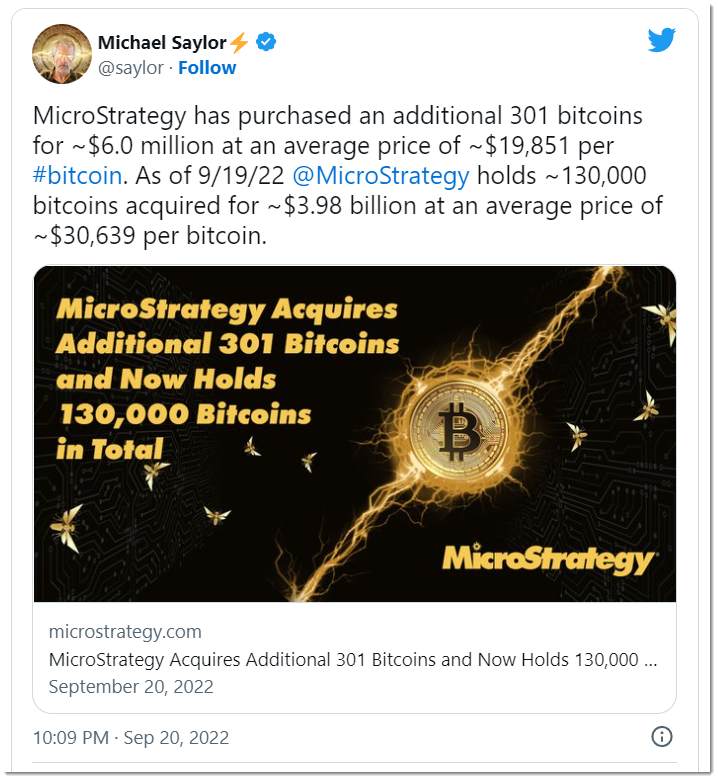 - Bitcoin Lost in Landfill – While clearing out things from his home, James Howells accidentally threw out a hard drive containing around 8,000 bitcoins that he had mined during the early years of cryptocurrency’s development. Despite the time that has passed, the money required to retrieve it and opposition from the council to allow him to search for it, his quest continues.

- India is making it difficult for its citizens to trade in crypto – putting a 30% capital gains tax on profits.

But it’s not all bad news:

- DEFI protocols grew to record size. The adoption increasing seemingly due to its ability to eliminate the intermediaries in the financial process and bring solutions to traditional finance problems.

- Even with all the turmoil and while not at its all-time high of 2021, the Crypto market cap still sits at a healthy 850 billion.

- Other random altcoins also had their day on the backs of the whims of celebrities – Will Smith INU ran 10,000% after Will Smith slapped Chris Rock at the Oscars. Elon Musk and McDonalds traded jabs after Elon asked if McDonalds would accept Doge and McDonalds countered by asking if Tesla would accept Grimace coin.

Closer to home, things were even better – at BitcoinTAF: 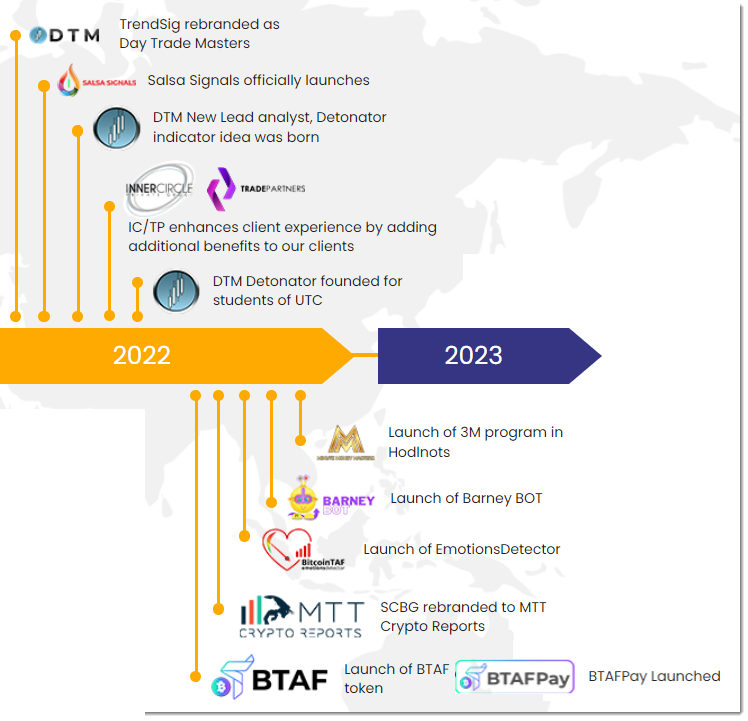 - Trensig was revitalized and revamped with a fresh, new and experienced team and is now the extremely successful and profitable Day Trade Masters (DTM) – helping members accelerate their portfolios.

- DTM also launched their own, comprehensive pre-eminent technical analysis course – The Ultimate Trading Course (UTC), along with their own proprietary trading indicator – The Detonator - A, B and C to ensure their members have the BEST training an education to achieve their goals.

- The DTM analysts were very busy and also launched the DTM Essentials Course – teaching subscribers all about the sometimes forgotten but extremely important Crypto security dos and don’ts and also growing the understanding of the emerging DeFi space.

- SCBG left the building and MTT (Medium Term Trades) powered up with an incredible and thought-provoking ALT coin report. Their Fibonacci Circle course followed to take their members' (and all traders) trading to the next level of chart analysis for maximum success.

- Birthed from HODLNOTS’ coin Snuggle calls, Salsa Signals officially launched to fill the demand for shorter-term signals. To ensure even more profit they incorporated ByBit leverage trading into their signals as well.

-To follow, Salsa Signals also launched their own leveraged trading signal bot – the Salsa ByBit Bot and HODLNOTS their BFF (Bot Friend Forever) Barney – both bots were created for traders who have an understanding of trading and would like a channel where alerts are thrown out based on specific indicators.

- HODLNOTS didn’t stop there and in order to expand their members’ skill sets and overcome scalping mistakes, the popular 3M challenge was created. This challenge has been helping the community members perfect their trading decisions and work toward bigger money trading – for financial independence.

- It became clear early on that 2022 was going to be an emotional year, so there was no better time to launch the BTAF Emotions Detector. This product is helping empower our traders to take responsibility for emotional management, growth, behaviours, actions and reactions - especially when trading in harsh market conditions.

- In the Swing trading realm - Long Term Trade (LTT) lead analyst Marius Landman and team launched a powerful Elliot Wave pattern analysis product. Using reports and videos, it will help members learn how to have an immediate bird’s eye view and forward-looking chart analysis in order to determine where to sell at the top and buy at the low - giving peace of mind.

- Although not new in 2022, our exclusive InnerCircle and Trade Partners products continued to successfully provide the high-end investor with larger fund portfolio management review and mirrored trade calls.

- To end the year, the much-anticipated launch of BitcoinTAF’s own token, BTAF, was realized. This will provide the opportunity for the community to use the BTAF token to buy products and services (via BTAF Pay) on the Bitcointaf.com website – keeping things in the family and ensuring a secure, robust payment system for years to come.

The last year was difficult but we stood strong and helped our members continue to profit - we weathered the storms together.

The future looks bright here at BitcoinTAF. We are continuously growing, innovating and expanding. We will continue to explore new opportunities and launch enhancements in the new year. Our BTAF house is made of strong bricks and no wolf will ever be able to blow the house down.

Thank you for your support over the roller coaster of this past year, (and always). We are now moving into our 7th year of growth and our community is stronger with you in it.

Wishing you and yours a very happy holiday season and looking forward to what is yet to come in 2023 and beyond. 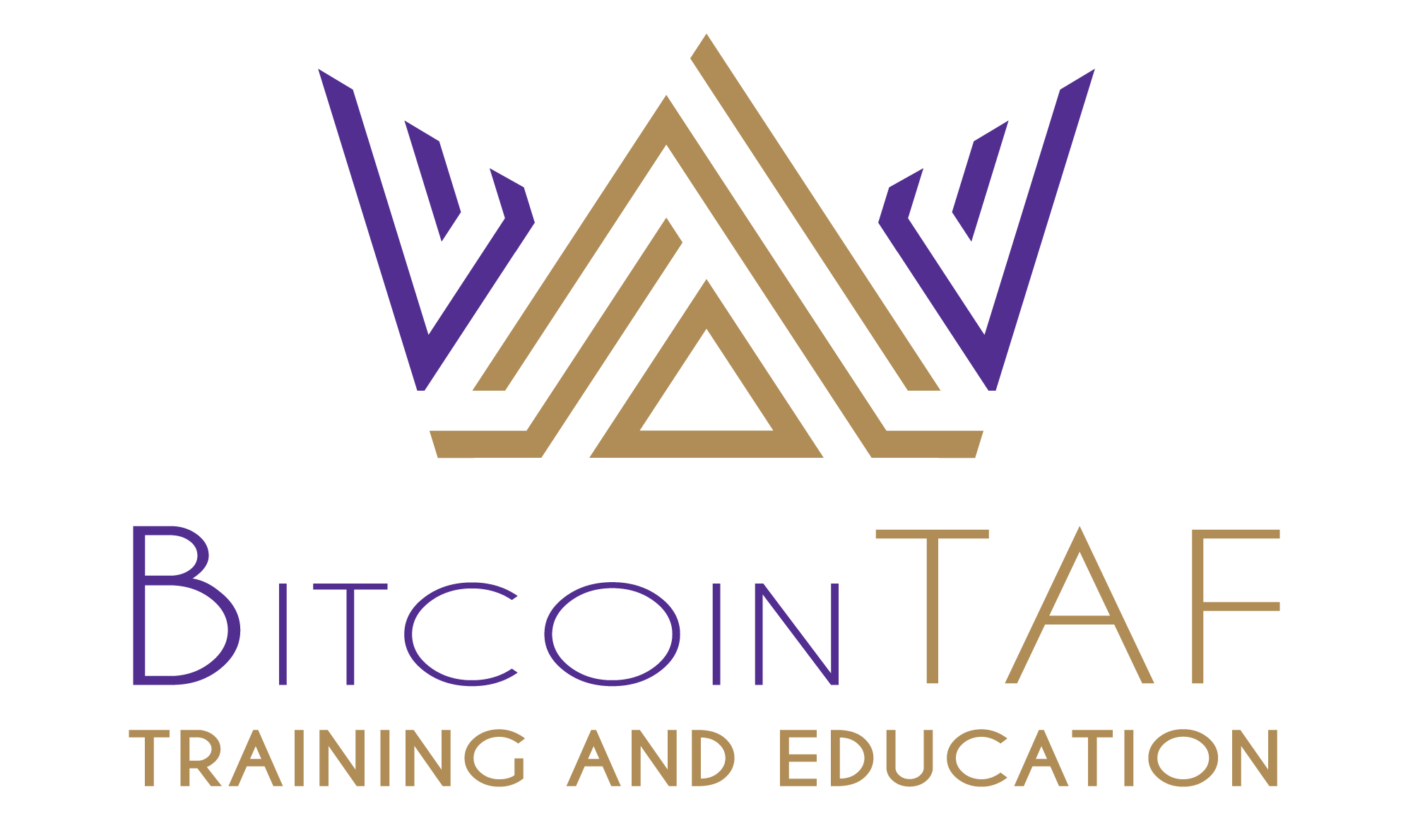 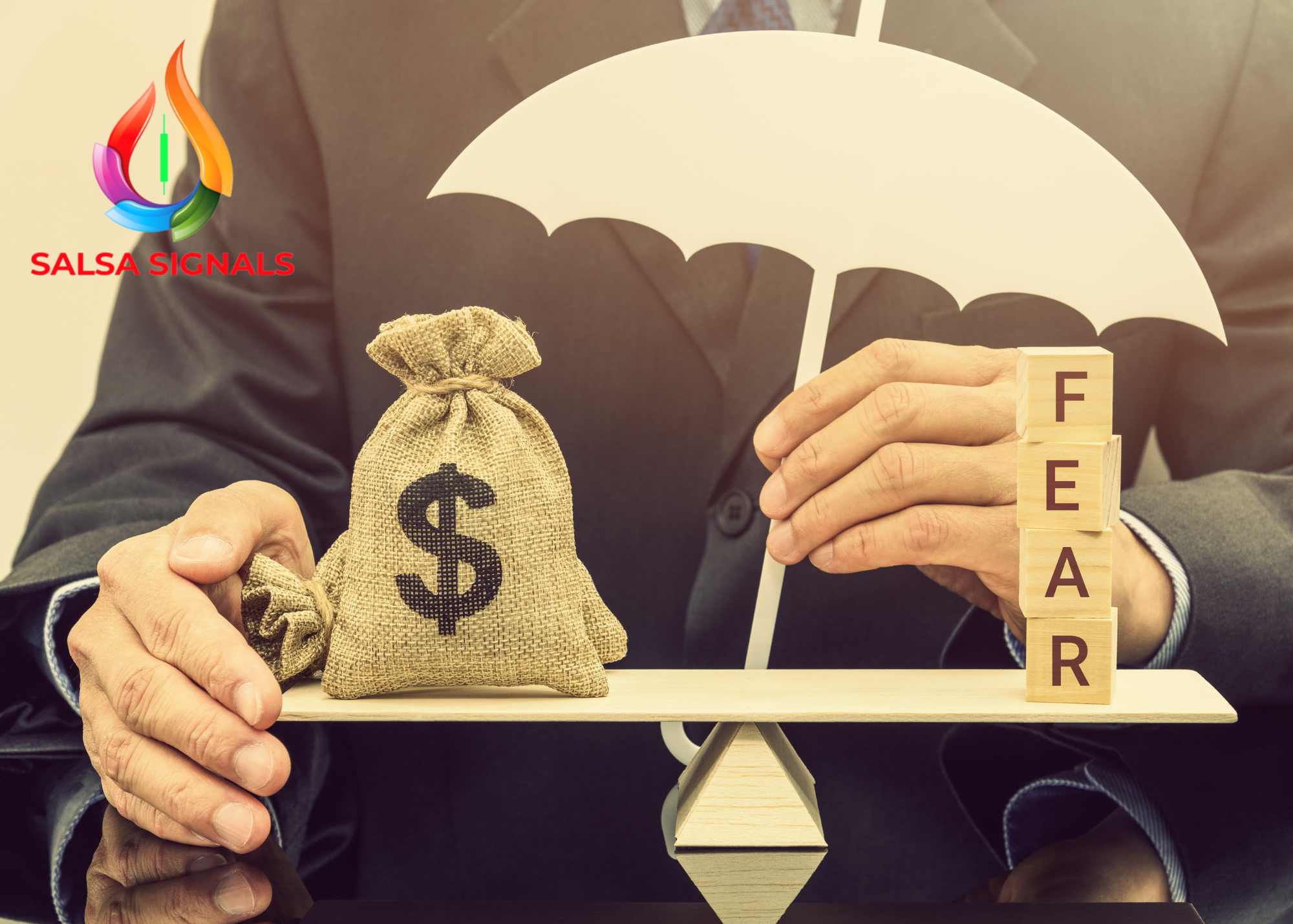 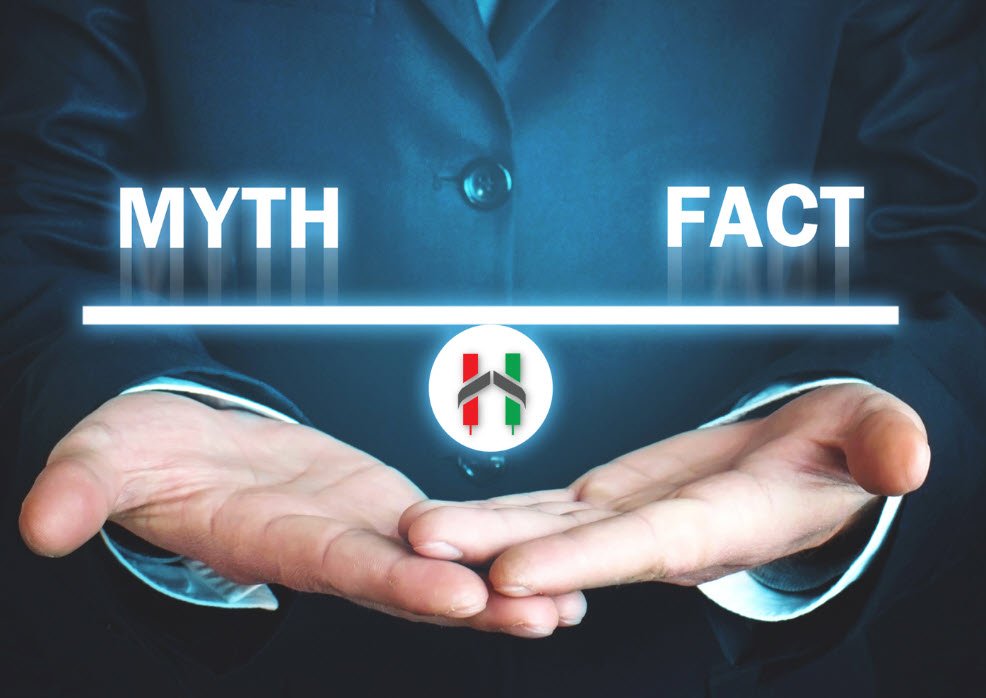 Are you missing daily profits because of scalping myths?
Vikki Z 20 Jan 2023 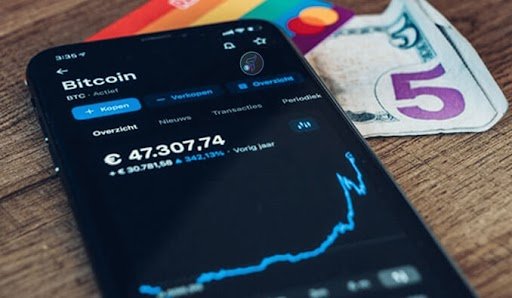